If you pair the i3 10100 with the right graphics card, you can enjoy smooth lag-free gaming on it at 1080p resolution. There are many graphics cards in the market that offer you an excellent 1080p performance at a pocket-friendly price.

Our Verdict:
The RX 5600 XT is the best Graphics card for the i3 10100 and i3 10100F CPUs. It offers you the best possible performance in its price range even beating the RTX 2060. It consumes less power, comes at an affordable price, and offers you great value for money. Definitely take a look into it.
Check the Latest Price on Amazon

It offers much better FPS in games than the RTX 2060 for a much lower price. If you’re someone who prefers higher FPS in games over features such as Ray tracing and DLSS, the RX 5600 XT is the best card for you.

The RX 5600 XT has a TDP rating of only 150W making it a power-efficient graphics card. It has a two-fan cooling system that keeps it cool without producing too much noise.

The RX 5600 XT combined with the i3 10100 or i3 10100F CPU offers you the best possible performance at 1080p without any bottlenecks. Its affordable price makes it an even more appealing choice for most budget gamers. Go for it! You’ll be satisfied with its performance.

Our Verdict:
The GTX 1660 Super is the perfect Nvidia graphics card for the i3 10100 and i3 10100F CPUs. It offers you a solid performance in games at 1080p resolution and brings good value to the table. It comes with an affordable price tag and impressive specs. I highly recommend you check it out.
Check the Latest Price on Amazon

It doesn’t support Ray tracing and DLSS due to the lack of RT and Tensor cores. It is similar to the GTX 1660 in every way except the memory type and memory clock.

For 1080p gaming, it offers you good performance without any bottlenecks. Most AAA games will run without any FPS drops even at high settings. Its performance is close to the GTX 1660 Ti while costing $50 less than it.

The GTX 1660 Super has a TDP rating of only 125W. It is a power-efficient graphics card thanks to the Turing architecture. Its two-fan cooling system offers you good cooling with minimal noise.

The GTX 1660 Super offers you a good balance between price and performance. You can rest assured that it can run games smoothly even at high graphics settings. It is a great choice for the i3 10100 or i3 10100F CPUs.

Our Verdict:
The RX 580 is a decent choice for the i3 10100 and i3 10100F CPUs if you’re on a tight budget. Even in 2021, it offers you an impressive performance at a great price. You can enjoy smooth lag-free gaming at 1080p. It offers you a great bang for the buck and I have no trouble recommending it.
Check the Latest Price on Amazon

It was named the best value-for-money graphics card when it was first released. Even today it offers you similar performance to the GTX 1660 while costing less than it. This is impressive as the RX 580 was released to compete with the older generation GTX 1060.

The RX 580 offers you 60FPS in most competitive games and 30FPS in most AAA games at ultra-graphics settings. Of course, it is not the ideal choice if you’re a competitive player. You can always tweak the game settings for a much better FPS.

It has a TDP rating of 185W for which a 550W power supply should be decent enough. Its cooling system works well without generating any disturbing noise.

The RX 580 is a great choice for most users looking for a simple graphics card that offers you smooth gameplay at 1080p. It complements the i3 10100 and i3 10100F CPUs very well. Do keep in mind that the games that will release in the future may not run as smoothly but for its price, I would still recommend it.

Our Verdict:
The GTX 1650 Super is a decent entry-level graphics card for the i3 10100 and i3 10100F CPUs. It offers you smooth gaming at 1080p in 2021. It also has a generous overclocking headroom. It is a great choice for those looking for a cheap yet efficient Nvidia graphics card.
Check the Latest Price on Amazon

The GTX 1650 Super is based on Turing architecture. It has 1280 CUDA cores running at 1530MHz and a 4GB GDDR6 Memory. Although present games won’t face any issue, Its memory size is going to limit its performance in games in the future.

It offers you a solid 1080p 30FPS performance in games. You will have a smooth gaming experience without any FPS drops. It offers you better performance than the GTX 1050 Ti it replaces for a similar price.

The GTX 1650 Super has a TDP rating of only 100W for which a 450W PSU should be decent enough. It has a two-fan cooling system that works well even when it is overclocked. Most small-form-factor builds should be able to accommodate it.

The GTX 1650 Super is a cheap graphics card that offers you a fair performance in games. Although it may suffice for most games today, those looking for one that lasts them long should go with the cards recommended above.

Still, it is a great choice if you don’t care too much about high FPS in games and would settle for a simple lag-free 1080p gaming experience. 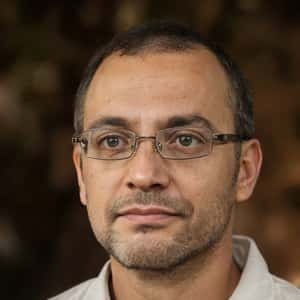